Jump won the tender to revamp two of Sky News Arabia’s flagship programmes, impressing the clients with our approach and variety of ideas.

The brief was to give each show a new identity, with a bold, elegant and relatable look to set Sky News Arabia apart from the competition. The designs need to convey a global, modern approach, remembering that Sky News Arabia broadcasts to an Arabic speaking audience.

“Jump did a great job on rebranding our programs, their immediate response on our feedback and quick turnaround on designs were really impressive, especially given the very tight deadline they had to work with. This was a pleasant experience, mostly due to the positive attitude of the whole team.” 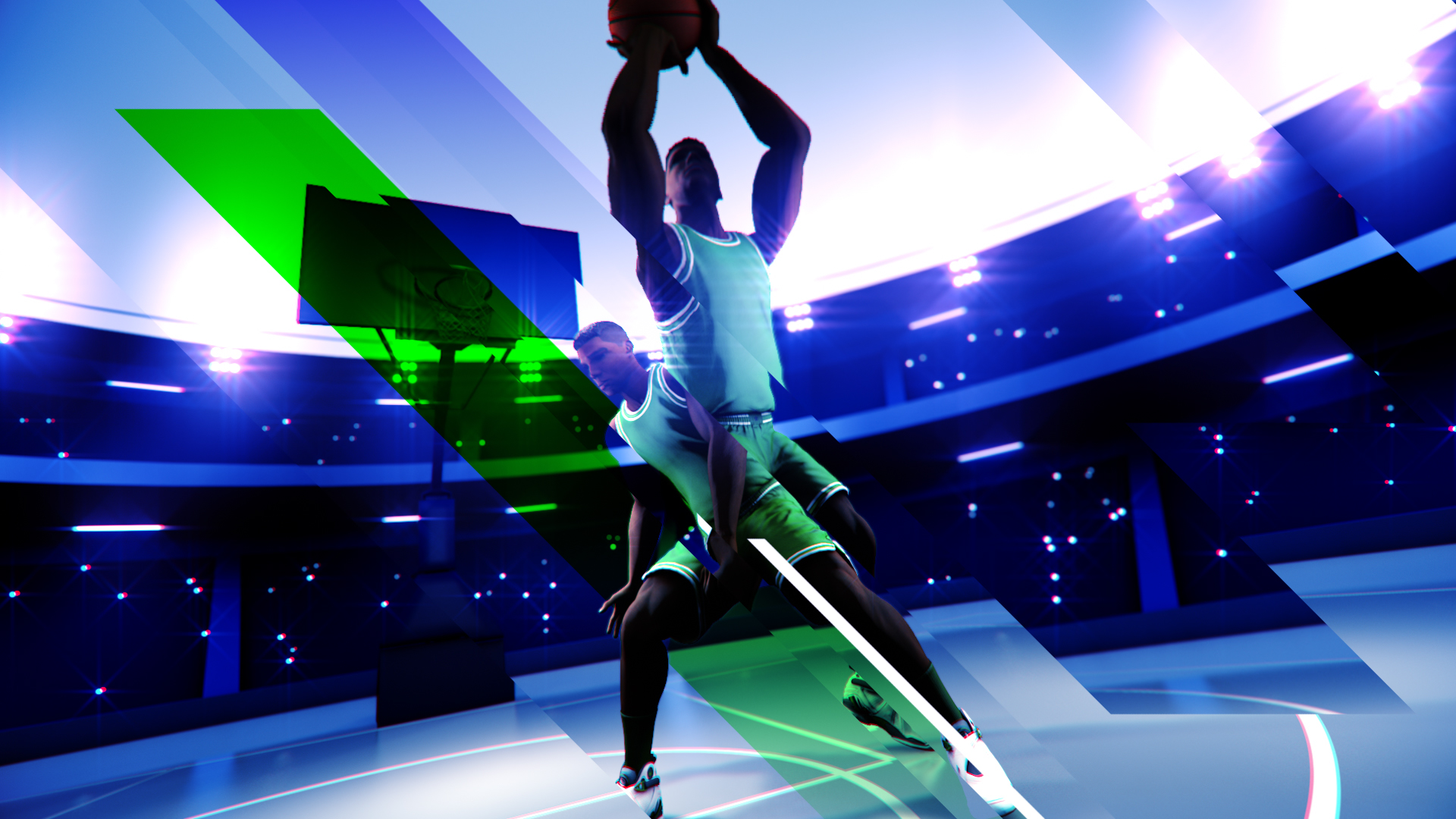 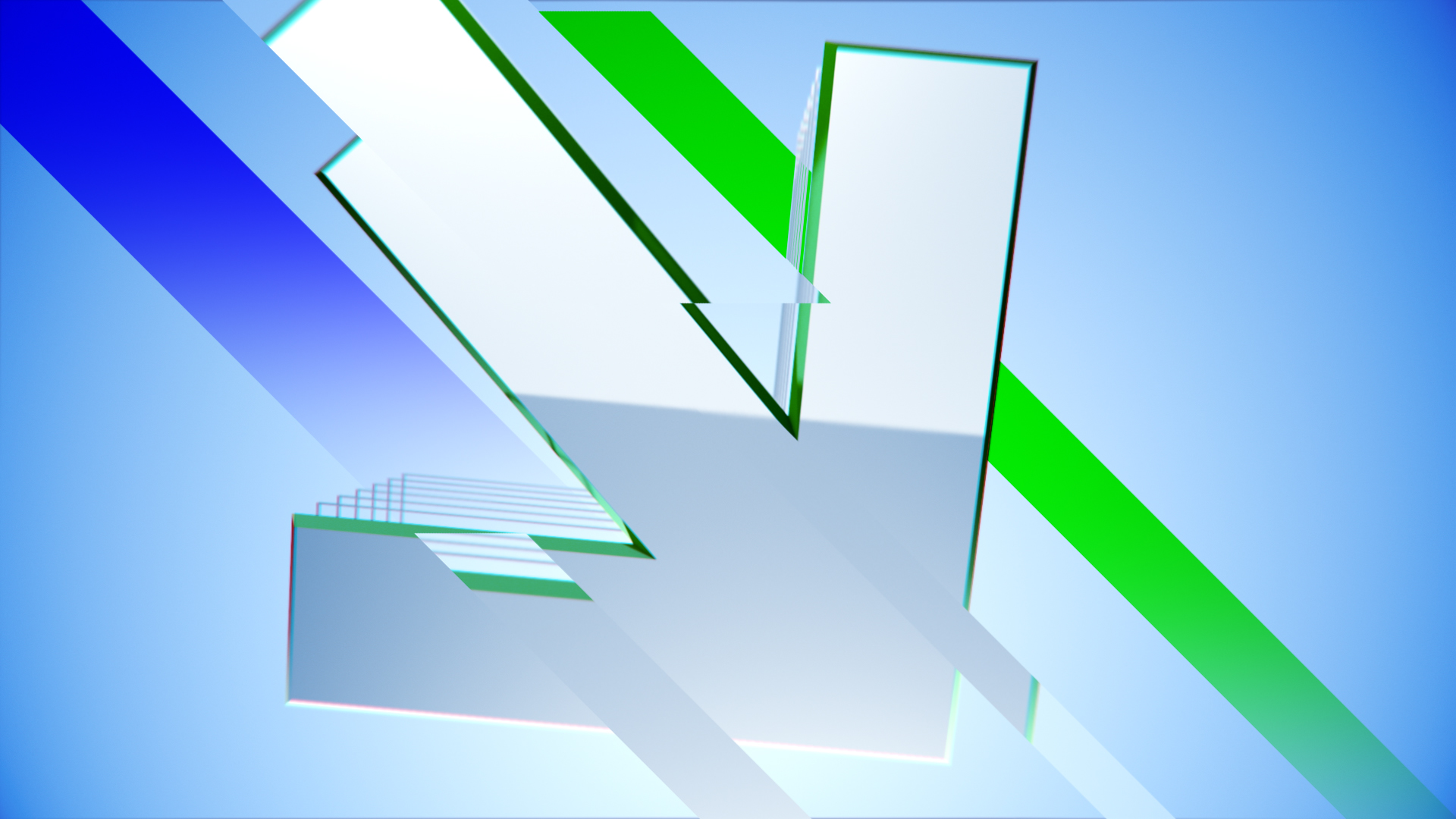 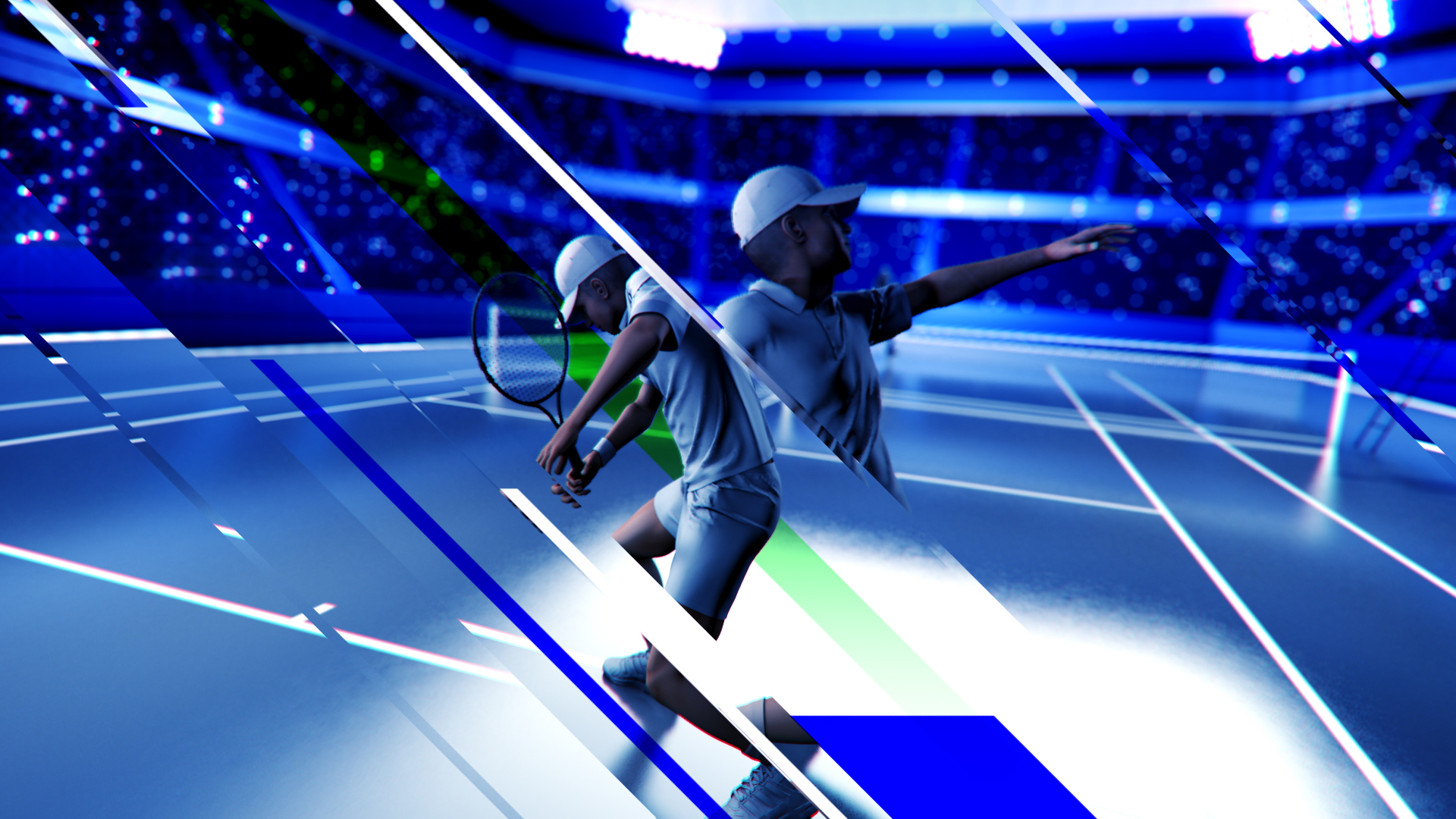 The Stadiums concept was based upon the newly created logo design. Each letter becomes the place in which the top sports covered within the programme are played. The programme features in depth analysis of world sports. We created seamless transitions from one sport to the next to introduce sportsman caught in time. The images of sportsmen are split apart and analysed before the camera moves on.

The sequence was created in C4D, then composited and graded in After Effects.The character animations for Stadiums were processed in Maya before being added to the stadium scenes in C4D.

Graphic kits were supplied as layered photoshop files for the team in Abu Dhabi to reskin the Viz kit that is already in place, creating a smooth workflow for a quick turnaround project. 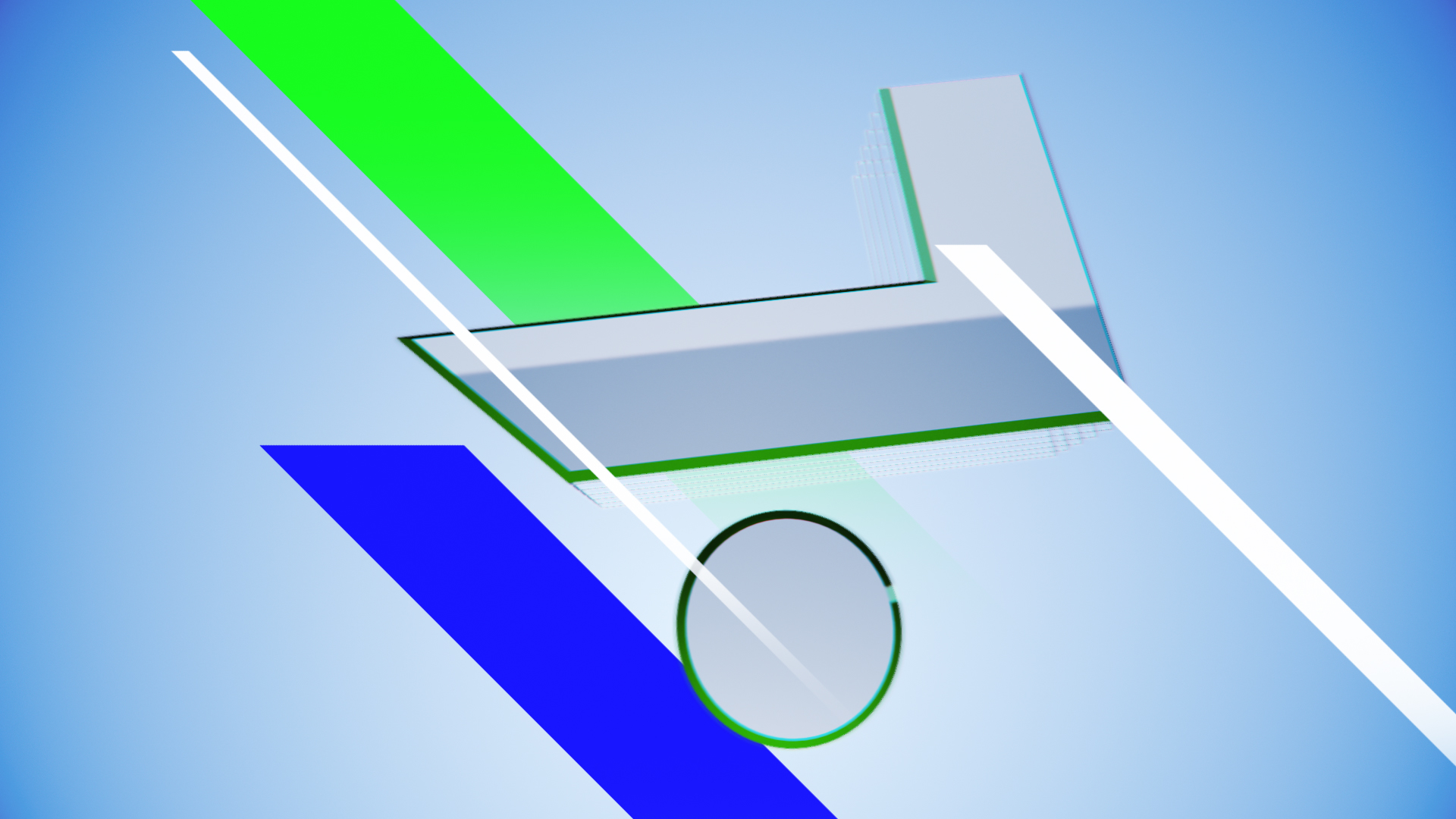 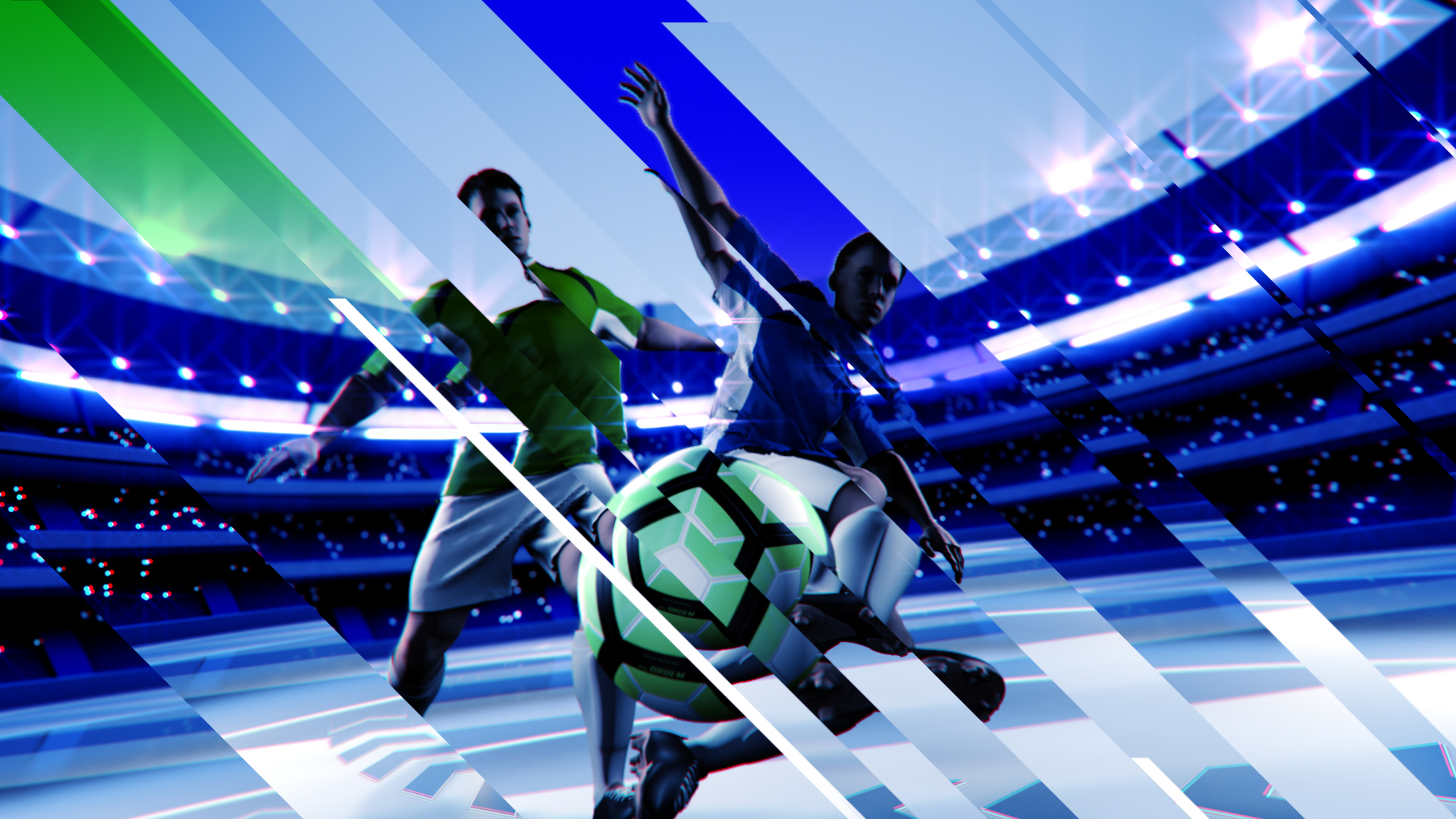 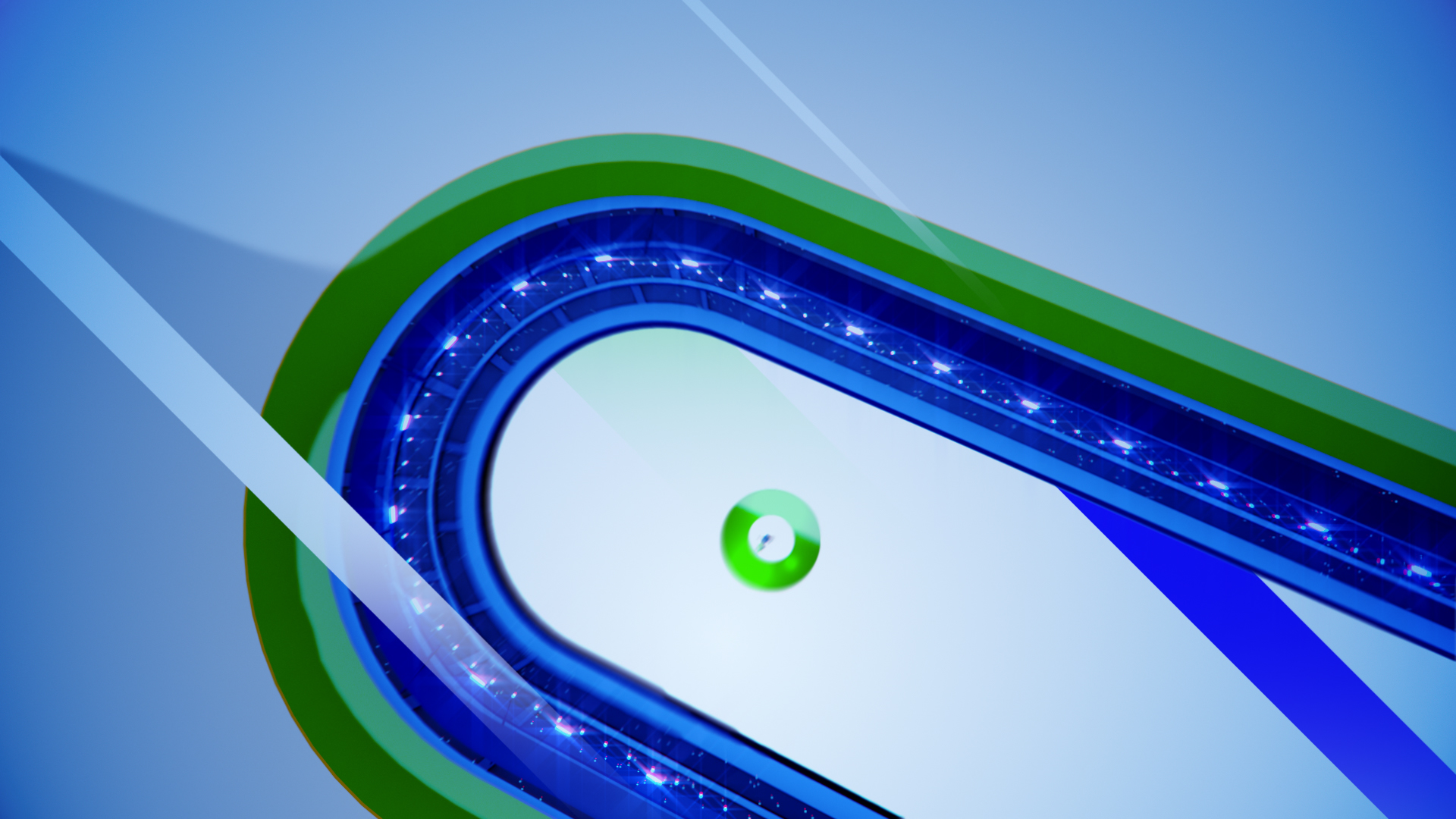 We worked closely with Amsterdam based and Arabic speaking designer Tarek Atrissi to create the logos and segment artwork. Each logo used the lettering to create a recognisable icon incorporated within its form. Each icon became a brand mark throughout the sequences and other deliverables to create brand consistency.

The project gave us a deeper understanding of the Arabic written language and letterforms especially in the available variety in which words can be displayed visually. 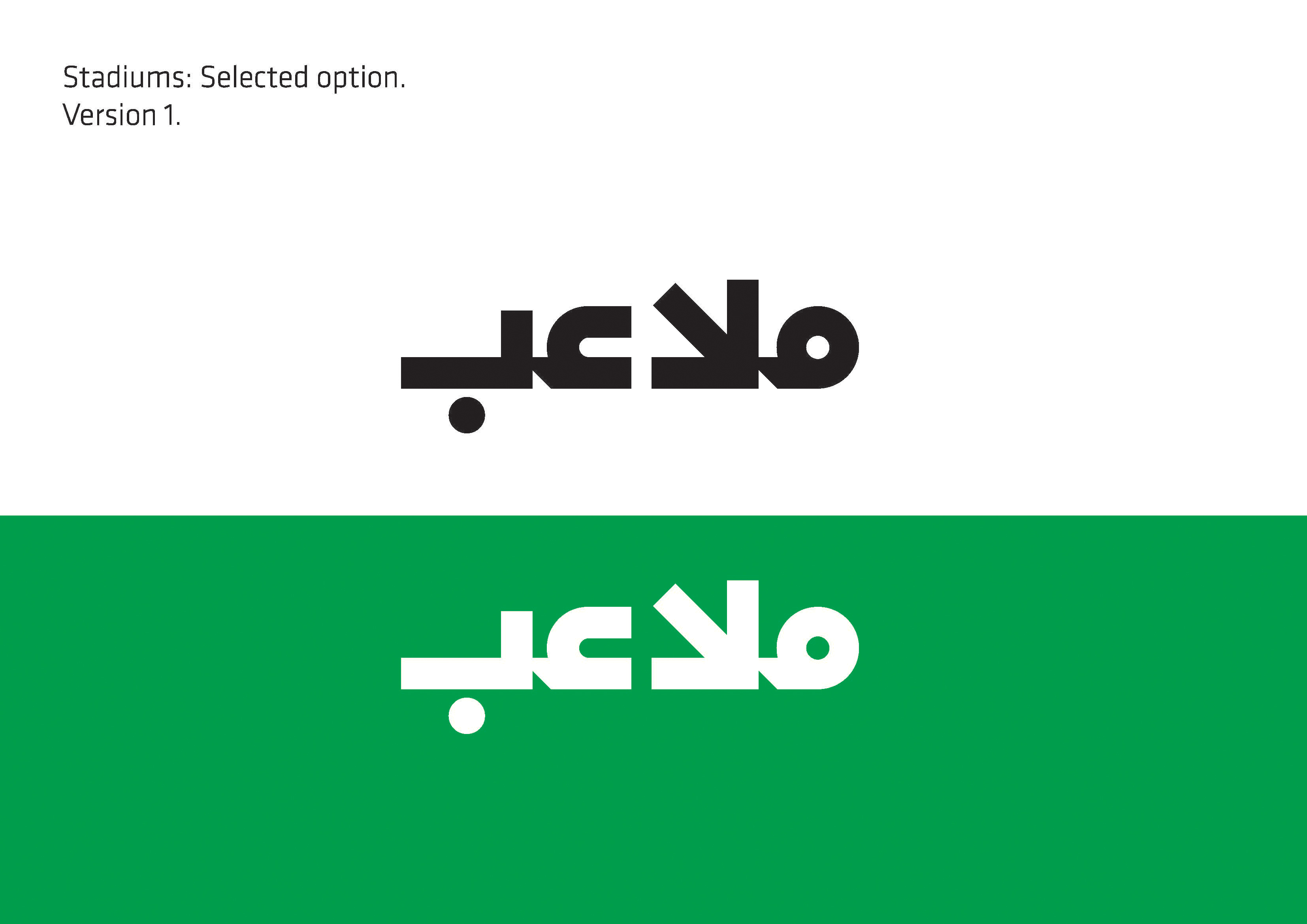 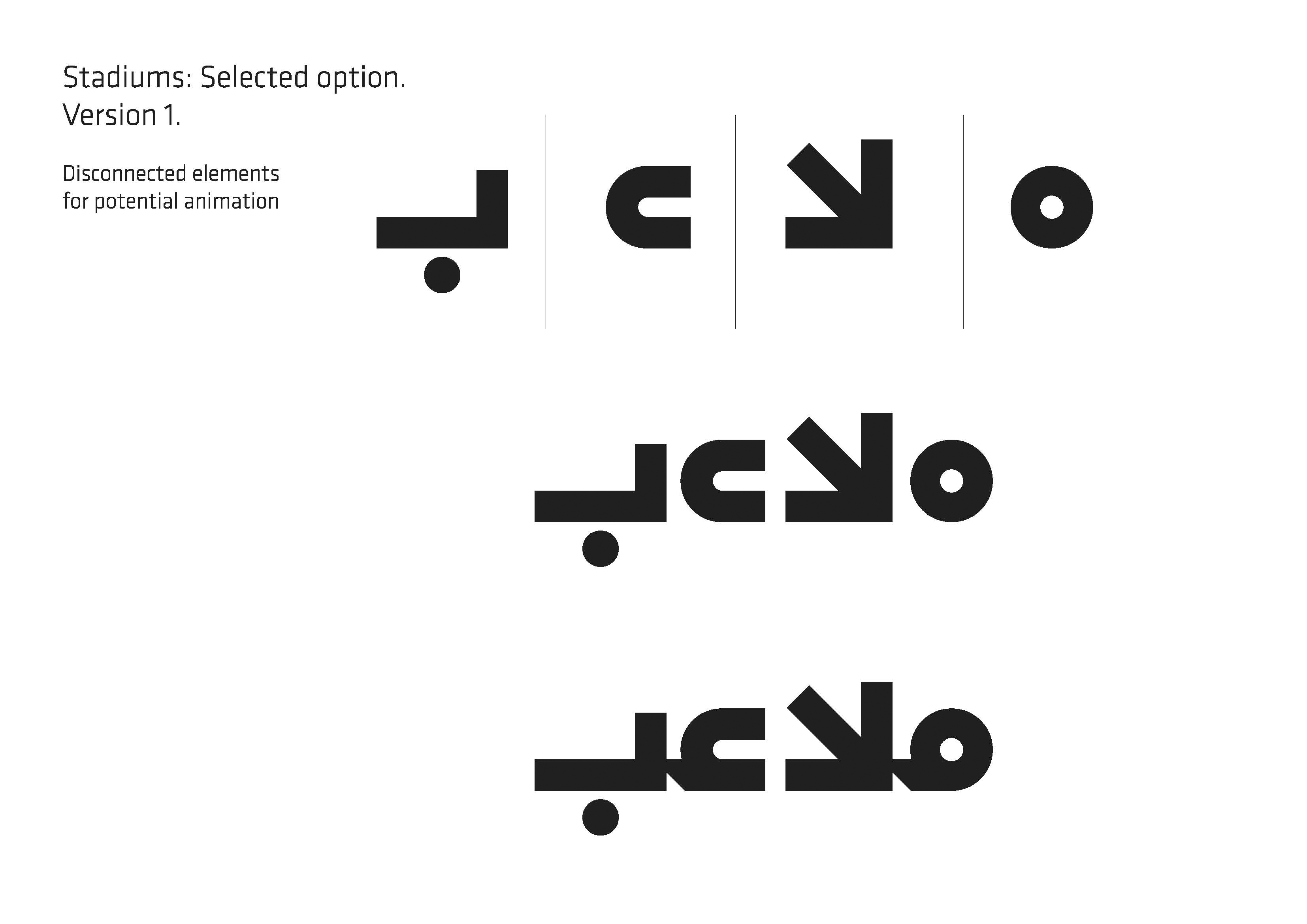 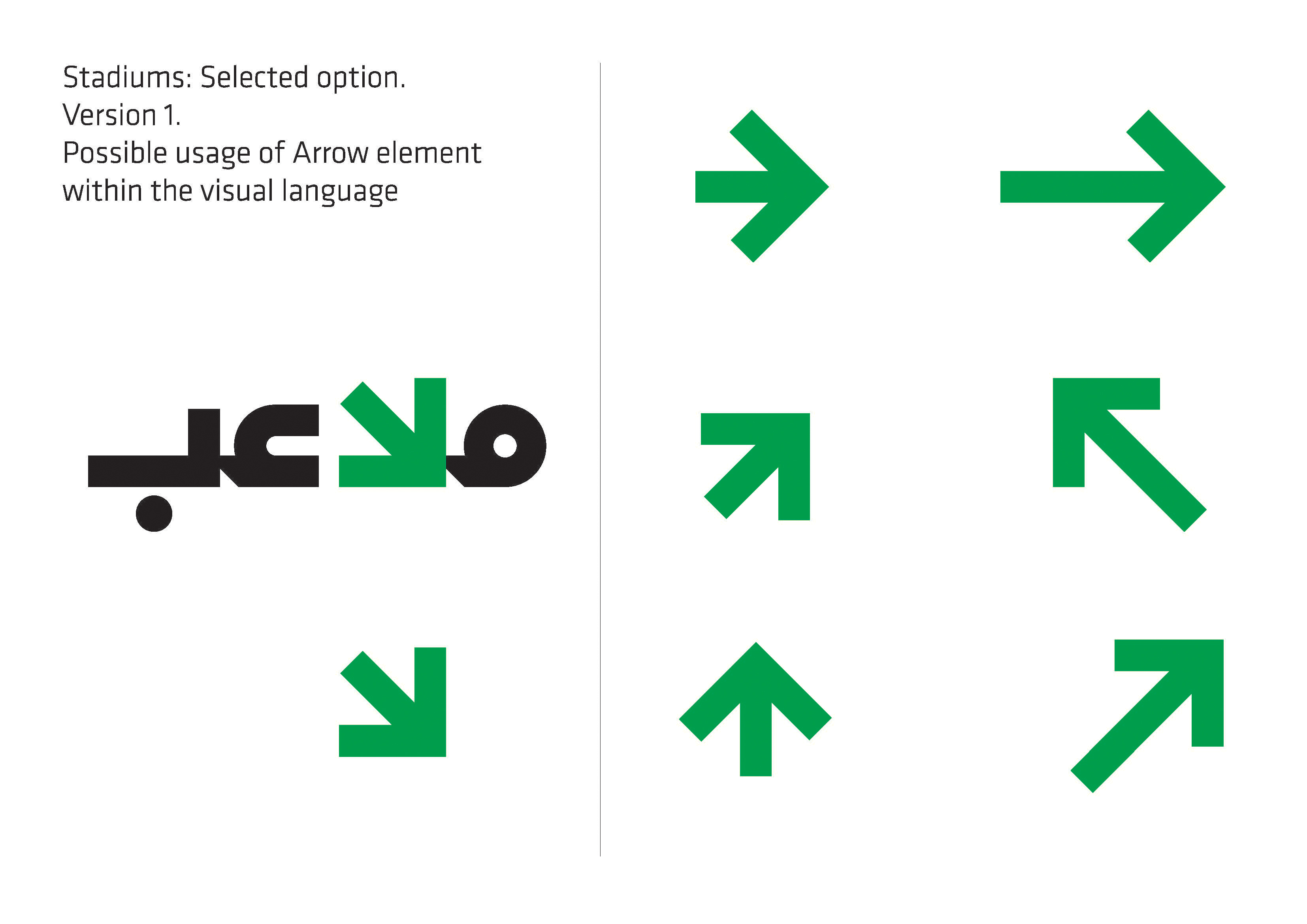 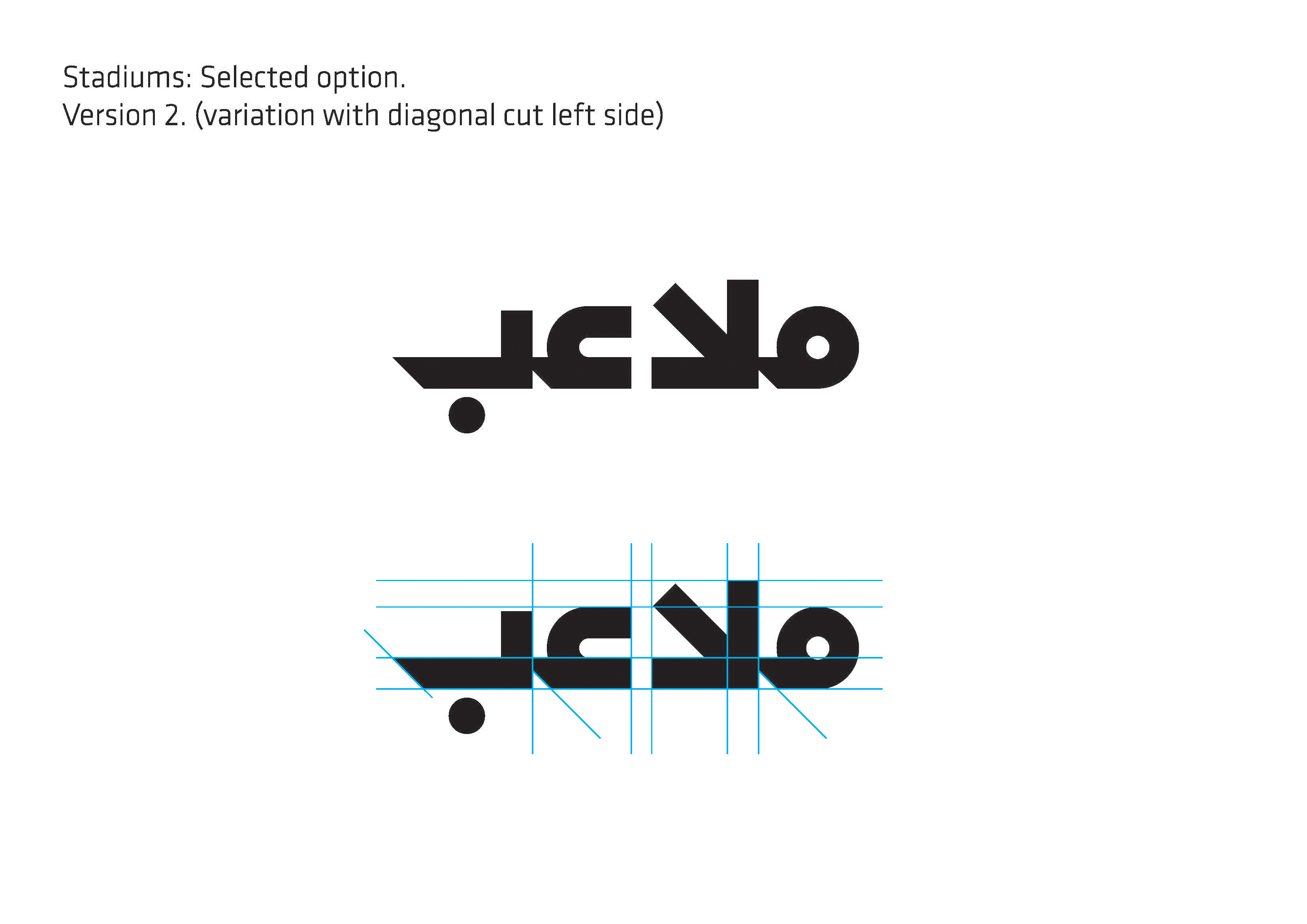 “We got to flex our creative muscles a lot on this one, coming up with a variety of creative concepts for eight programmes overall at the pitch stage. It was a great exercise in generating effective one liners that communicated the product identity quickly.

After being awarded the tender for the two most watched programmes of the eight, we dived deeper into the concepts that had won us the job and worked closely with Habib to refine the visual style for an Arabic audience.

The project was a success even with the usual tight deadlines and setbacks. We crafted two super shiny sequences that will give their flagship shows a new breath of life.”