Clients: Fulwell 73 for Disney Plus

Last year Jump won the pitch to create the graphics for Fulwell 73’s new space documentary Among The Stars. The 6 part series has launched on Disney+ and all episodes are available to stream now.

Among The Stars follows NASA astronaut Captain Chris Cassidy on his last mission to space to repair the AMS (Alpha Magnetic Spectrometer) onboard the International Space Station.

The first were timeline graphics. These had to clearly explain the dates of mission launches, spacewalks and the arrival and departure of astronauts in between missions.

The second set explained the structure and inner workings of NASA and the departments within it.

The third and perhaps most important graphics were used to clearly illustrate what the astronauts were doing during their space missions. These involved building photo-real CGI astronauts and moving them around equally real-looking CGI animations of the ISS and the AMS. 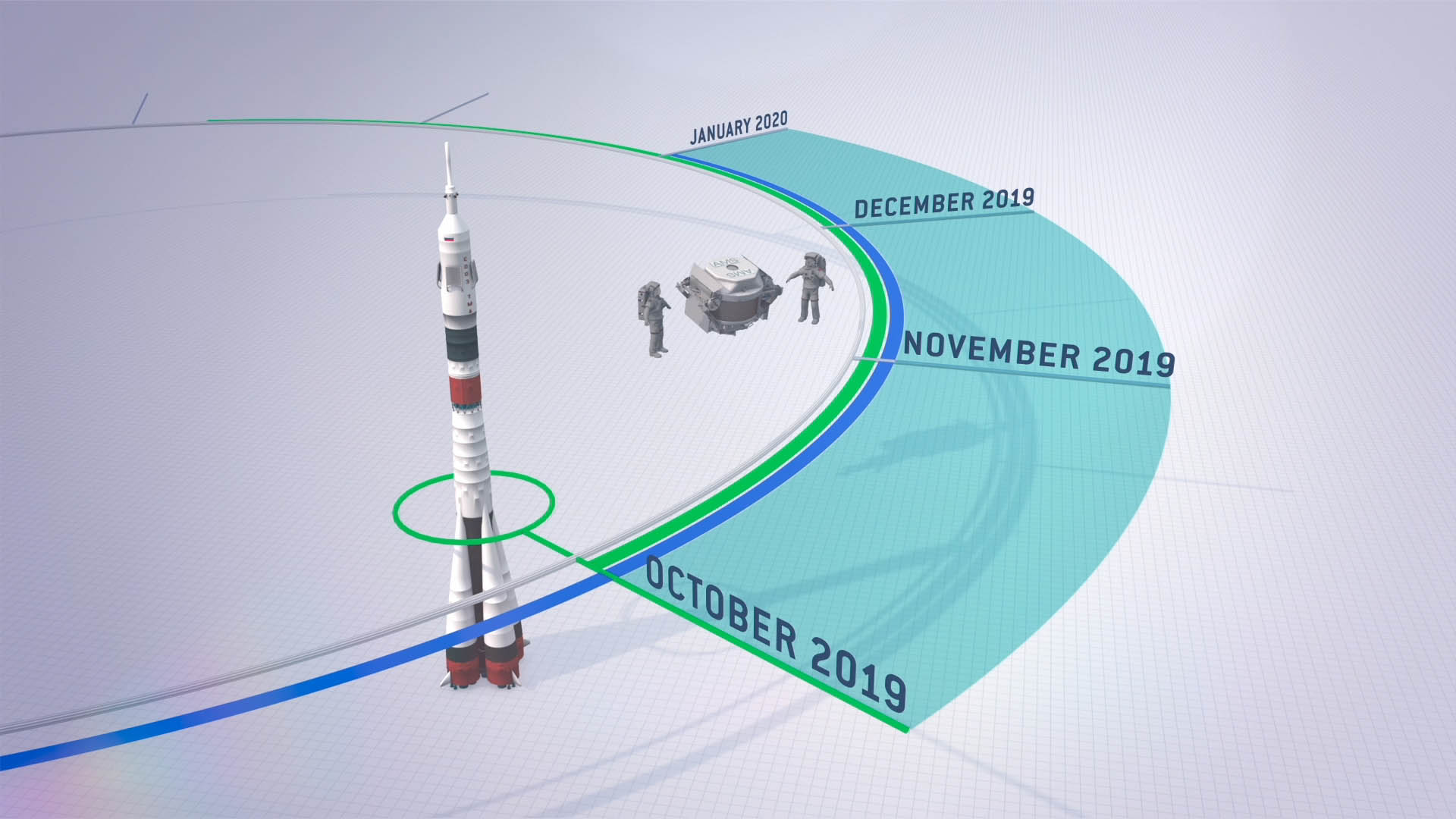 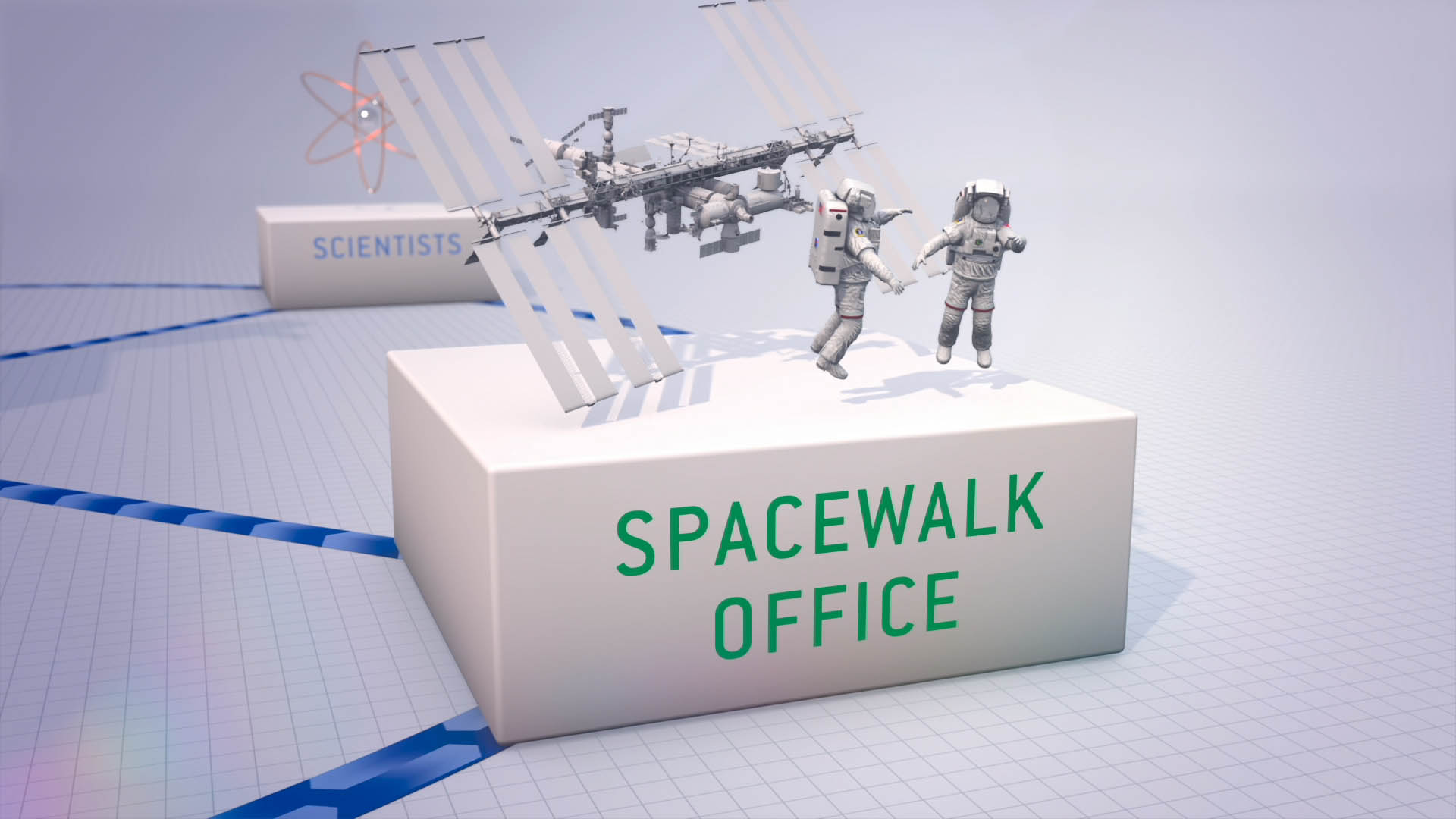 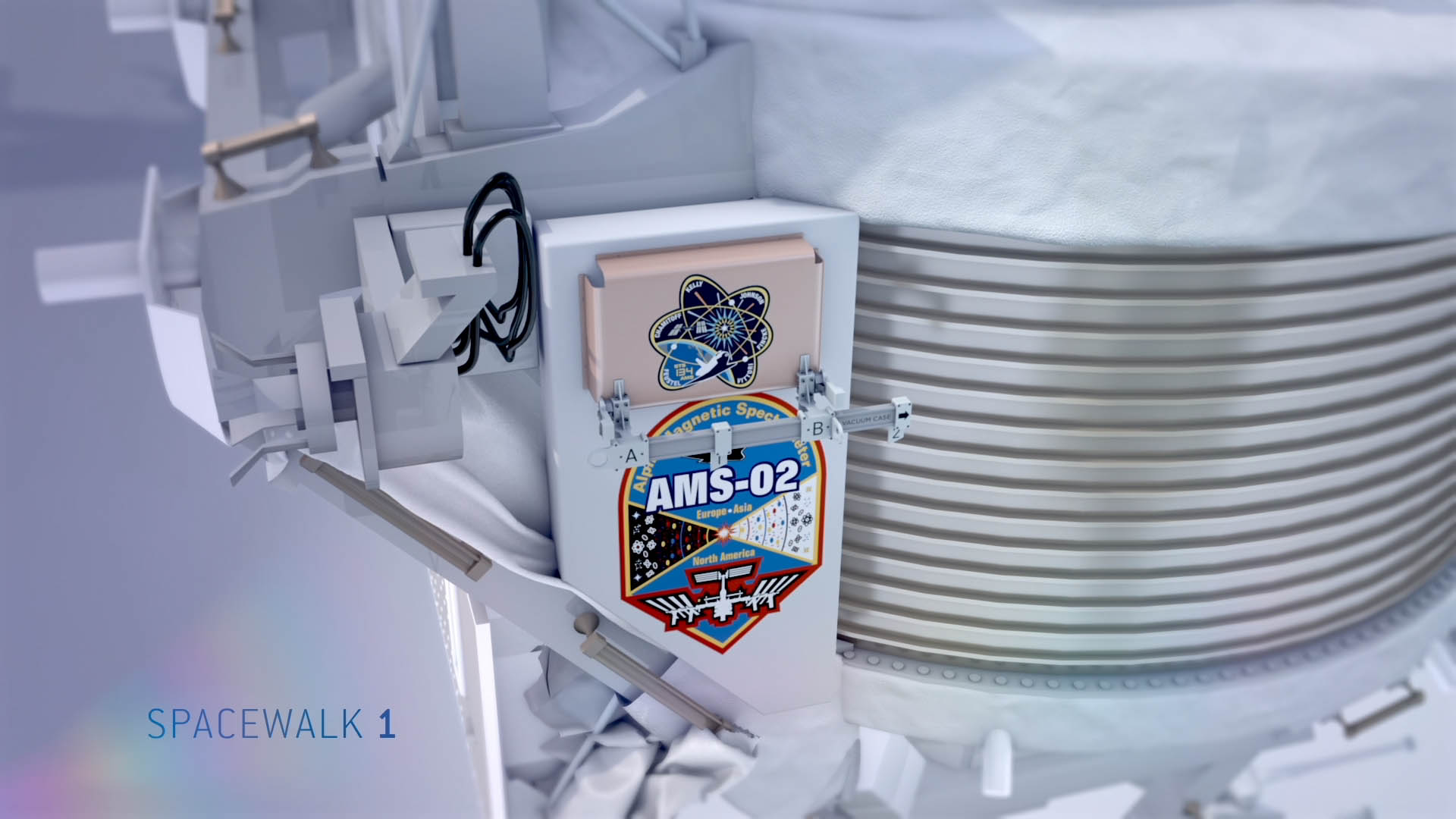 Lee Jacobs – Art Director at Jump
“The graphics had to be accurate but at the same time clean and uncluttered. We removed all but essential colours and simplified non-essential elements to help make the narrative explanations really clear.”

Russell Mann – Technical Director at Jump
“All of the graphics were made at 4K in C4D and composited in After Effects. The sequences were mastered and delivered in HDR (High Dynamic Range) with SDR guides. This was Jump’s first project in HDR. We had to learn fast and quickly adapt our work flows to enable us to deliver all the graphics HDR-ready.”