For 2019’s BT Sport Industry Awards, our aim was to evolve the BTSIA brand we’ve worked with for the last few years and give it a premium look.

For this year’s design, we took inspiration from the trophy and the Sport Industry Group logo and created a custom metallic 3D ‘swoosh’ in Cinema 4D which was the hero design for the whole campaign and graphics on the night.

The swoosh itself is made from several individual strands which represented the diversity and individuality of everyone involved in the Sport Industry and were textured with precious metals like rose gold and silver.

This year we also made a title sequence for the event where we followed our swoosh through an infinite environment as a build-up to the moment it forms the BTSIA trophy.

To complement the swoosh; we developed a flat, bold graphic approach in After Effects for the nominations graphics by using the trophy’s main circle as the base for all text. This was placed in the top of an animating swoosh.
As a finishing flourish, we animated a special circular molten metal particle effect on top of the graphics to add that extra oomph. This was used throughout the night to reveal award categories, nominations and winner animations.

Everything that we designed followed a strong graphic look. This helped strengthen the BT Sport Industry Awards brand identity as the prestigious awards ceremony it has become.

A series of animated and still graphics were designed for the launch of BTSIA, 6 months before the event.

The idea behind them was simple. The awards are a celebration of everything to do with sport; to represent this, we wrapped our swoosh around athletes from several sports. 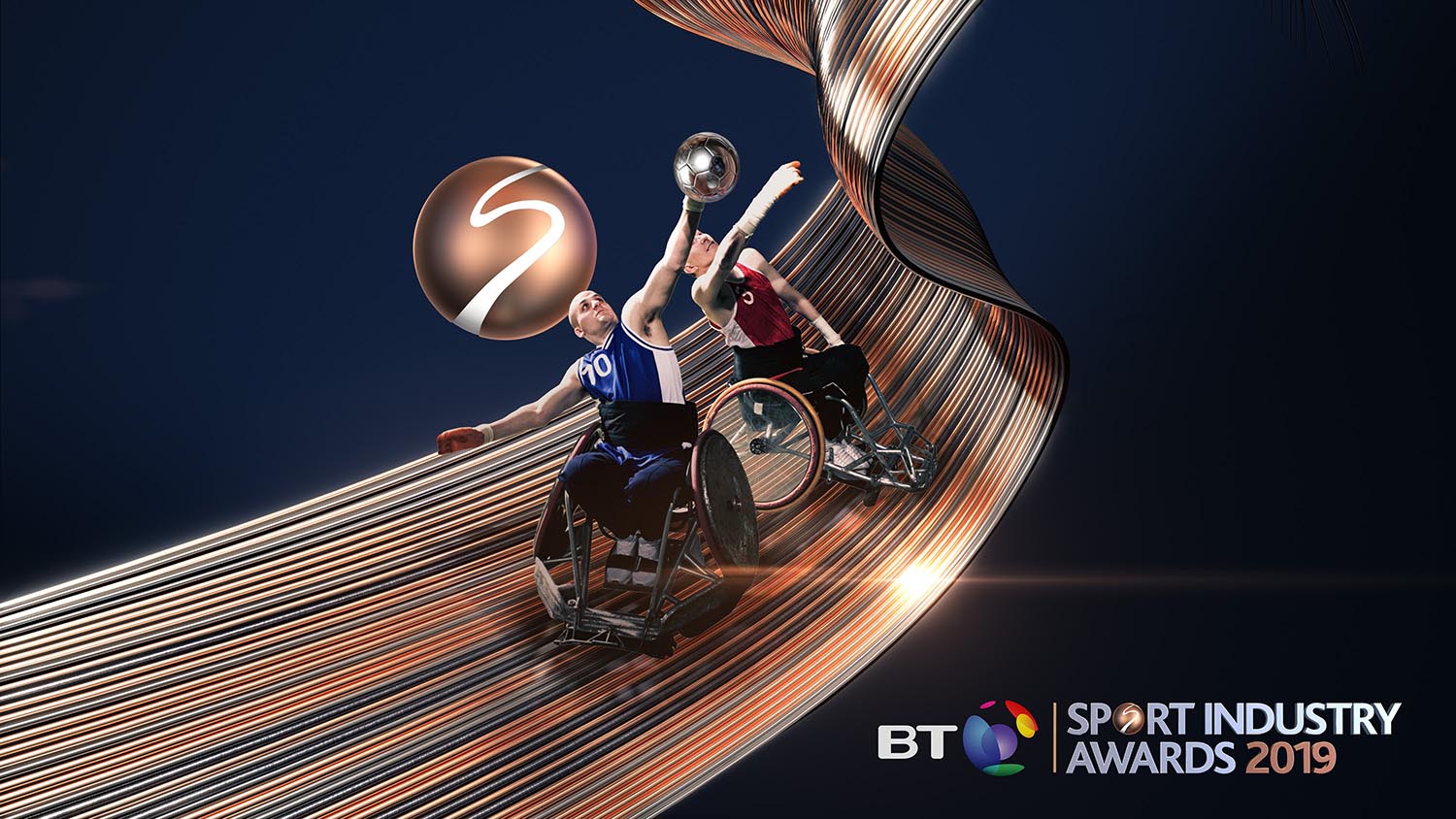 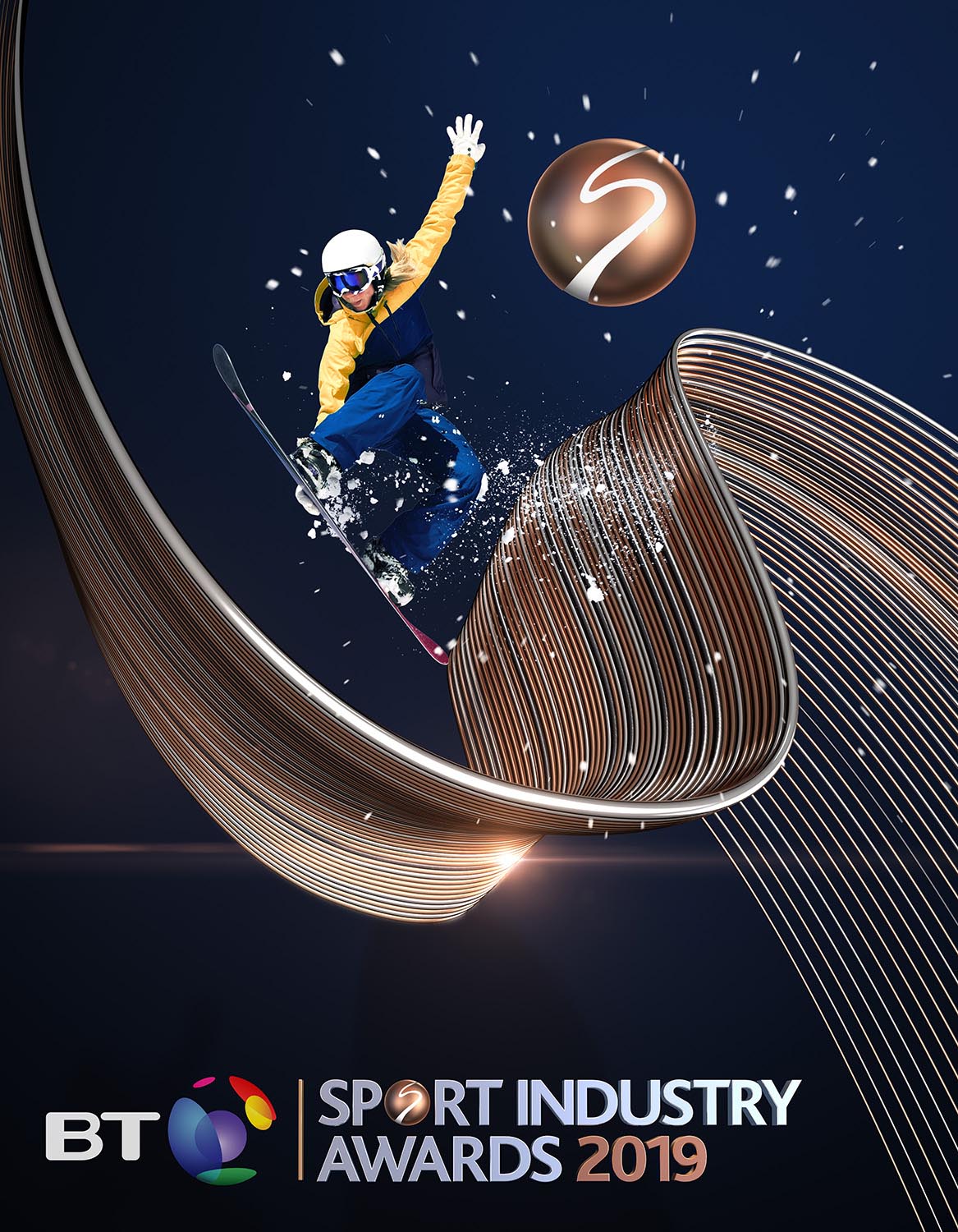 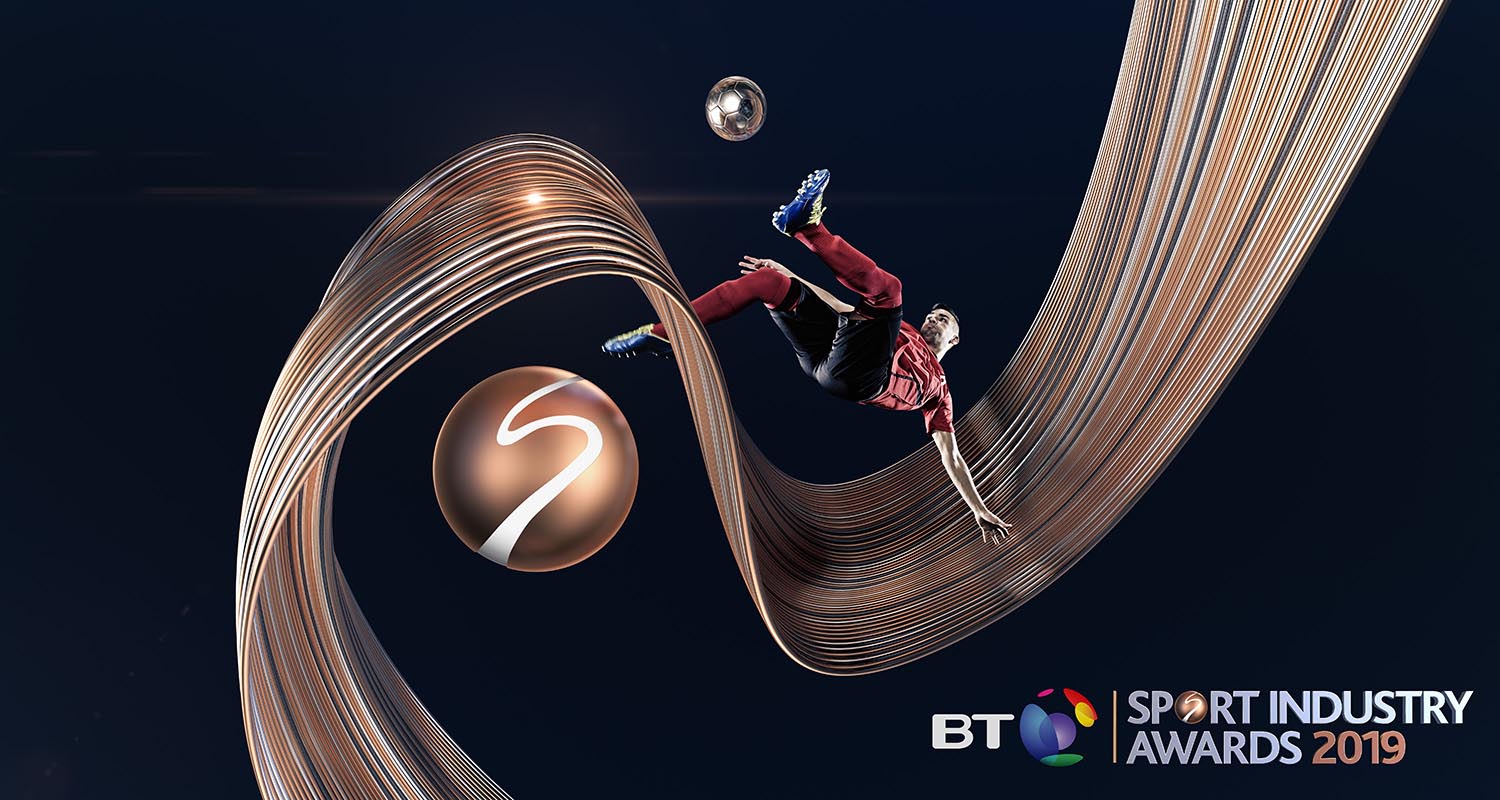