Jump were commissioned to produce a new opening and closing sequence, stings and wipe for the 2019/20 Biathlon season.

The events are live on all 20+ channels in Scandinavia, the majority of Eastern Europe and alpine nations, and also on German (ARD/ZDF) and French TV (L’Equipe). It is also broadcast on Eurosport 1, a pan European Sports channels with coverage in more than 20 countries.

We were inspired by the existing titles music which is very filmic, and also by the nature of the sport combining skiing and shooting, to look at action movie opening sequences. We developed a style based on 3D models rendered with flat shading and a storyboard which flowed from scene to scene in surprising ways.

The sequence was made primarily in Cinema 4D using a variety of techniques to create the flat 3D look. Scenes had to be rendered with multiple different lighting setups and then we would combine isolated specific elements. An example of this would be the trees in the opening scene where we wanted long shadows but also the snowy detail in the branches.

Some of the trickiest shots in the sequence involved the skiers. Jump worked with character animation specialist Nick Savy who hand animated bespoke movement to achieve the specific Biathlon style of skiing. 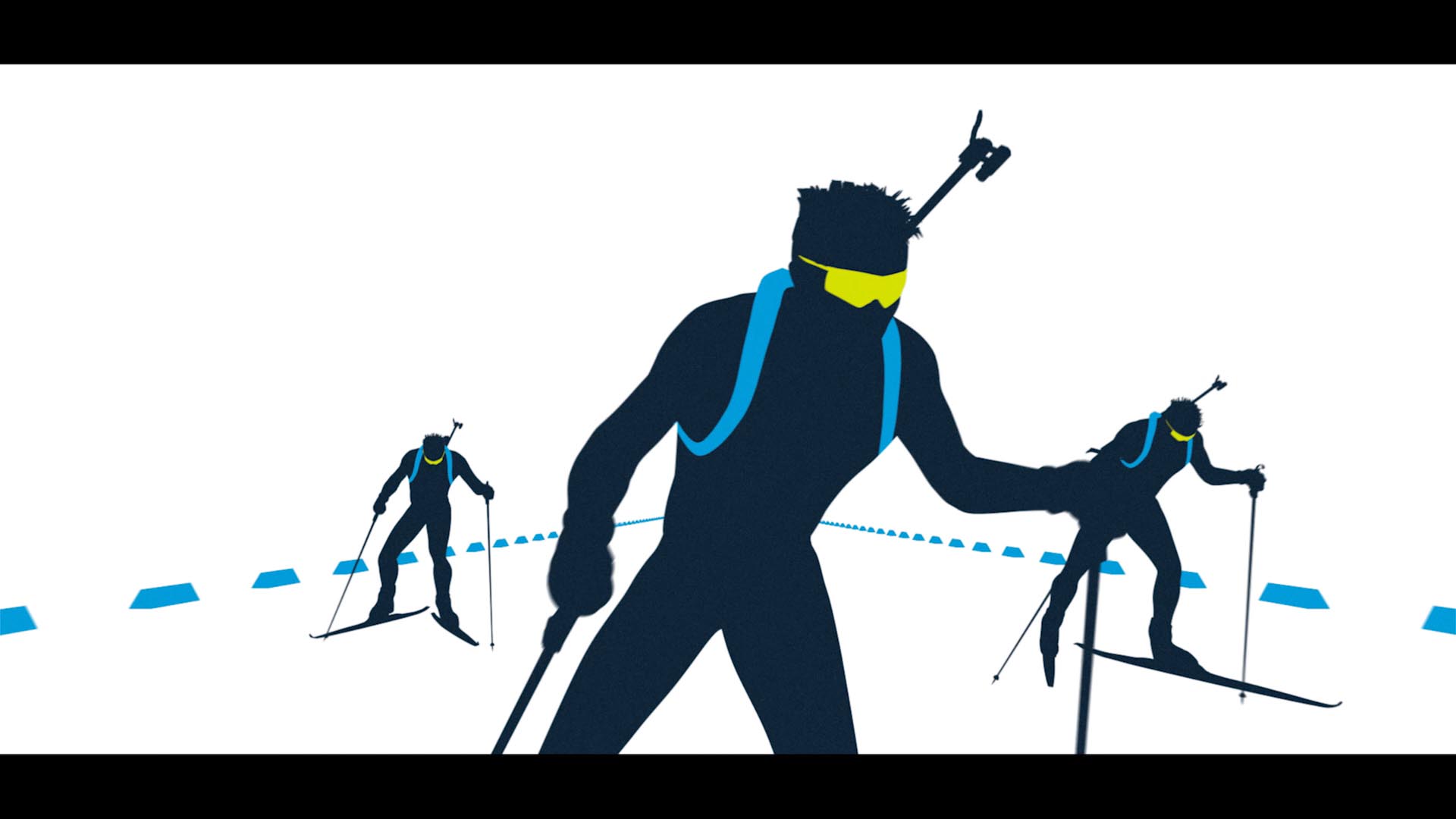 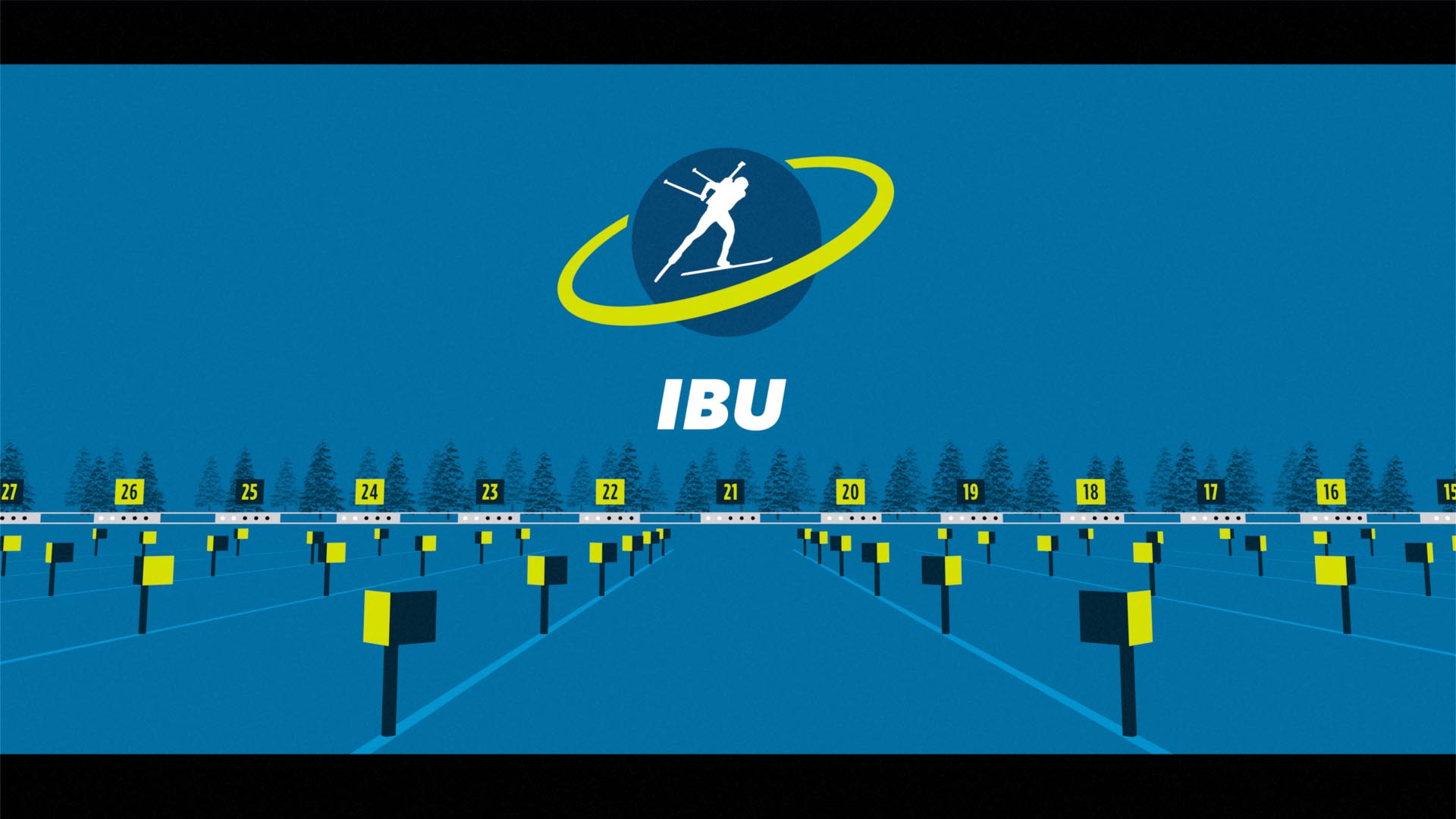 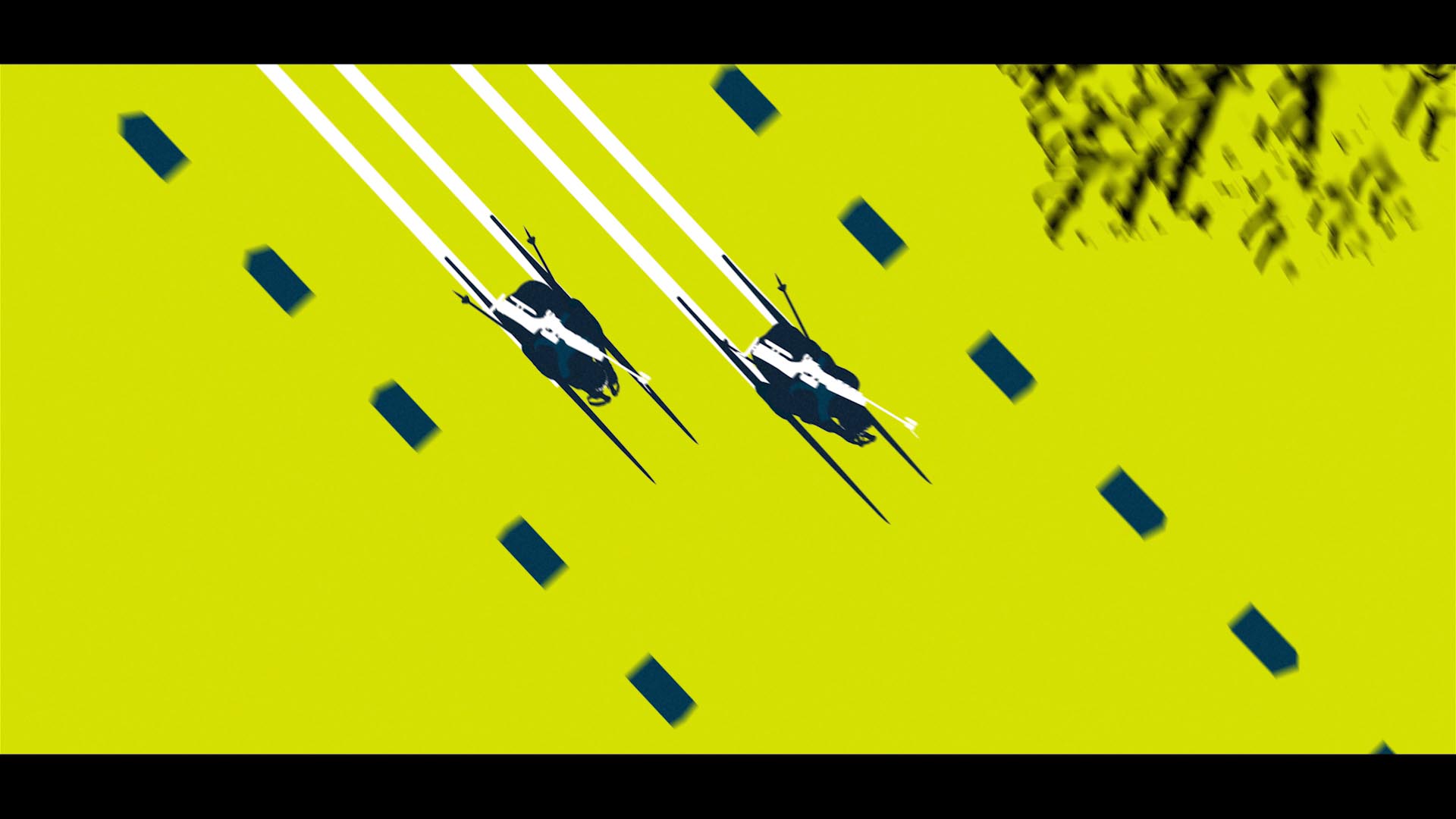 “After having delivered an iconic opening sequence for the inaugural event of the European Championships, it was no surprise that Jump came up with a very strong pitch, making it with 2 concepts in the final top 3. The concept for the new Opening Sequence for the International Biathlon Union that finally made it, stood out by its freshness and cinematic appeal in combination with the existing music. It was a pleasure working with them during the Production process: deadlines were respected and the feedback process was quick and efficient, in spite of a few design challenges. The initial feedback from the stakeholders in the world of biathlon has been very positive.”