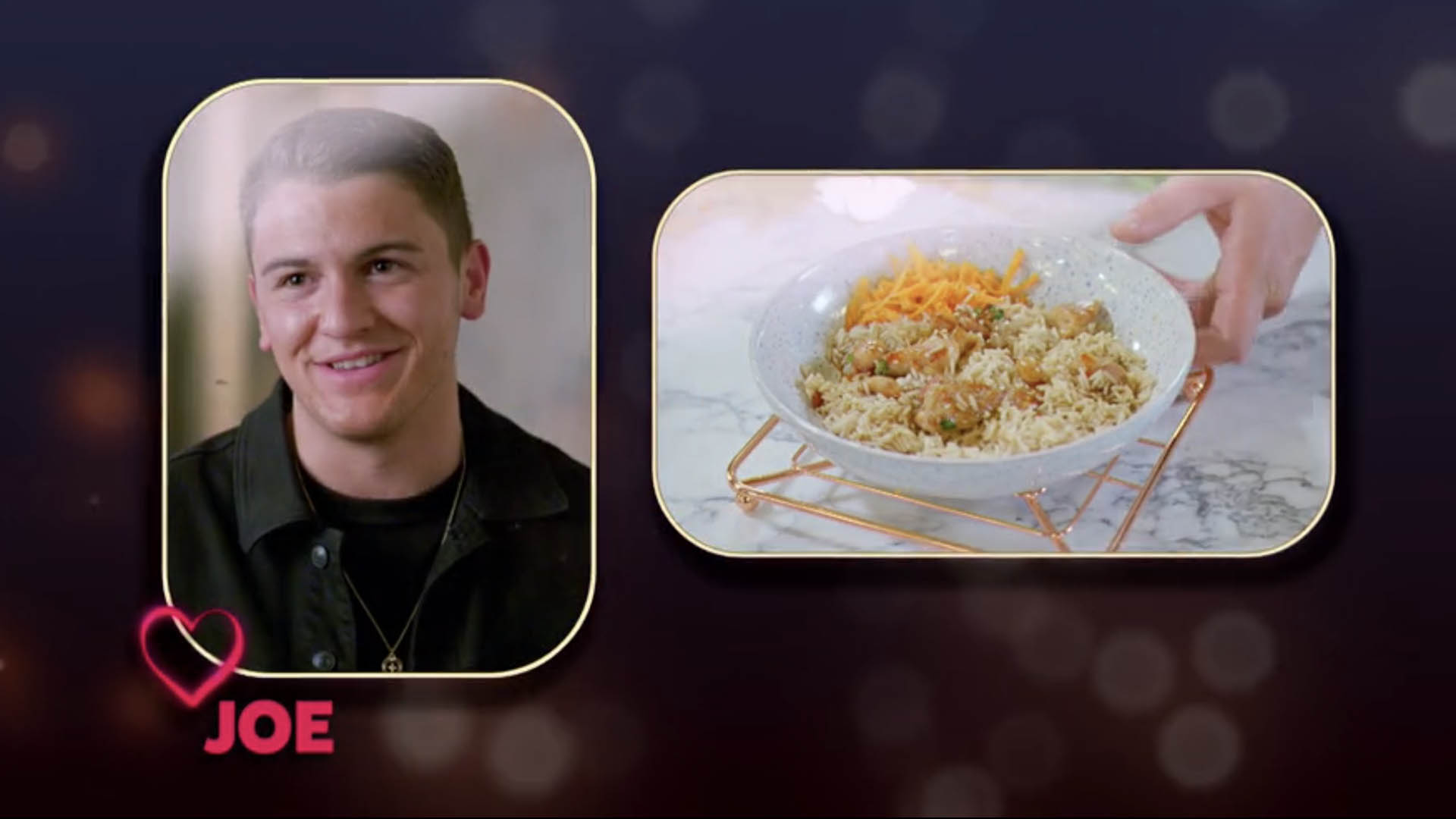 Jump cook up some graphics for ITV2’s Love Bites.

Jump were commissioned by Ricochet Productions to create a kit of graphics for their new ITV2 dating show Love Bites.

The series is presented by Scarlett Moffatt who found fame appearing in Channel 4’s programme Gogglebox. She later went on to win Series 16 of I’m a Celebrity Get Me Out of Here!

In the show three contestants battle it out to win a date by cooking them a three course meal. The single foodie has to choose the winner without knowing who has cooked which dishes. Can they spot the person they actually fancy the most from their culinary skills.

Love Bites started on Monday 30th November and goes out at every night at 6pm.